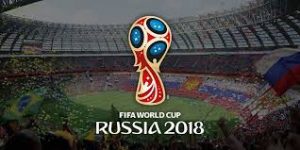 Switzerland faces Costa Rica in a match from Group E of the FIFA World Cup in Russia. This game is going to be played at the Stadion Nizhny Novgorod in the city of Nizhny Novgorod. Let’s take a look.

Switzerland are currently second in Group E with 4 points won from the first two games. In their first match they made a 1-1 draw against Brazil, which was followed by a dramatic 2-1 win over Serbia. The Swiss team was losing in this match, but goals from Granit Xhaka and Xherdan Shaqiri after the break led to a 2-1 win for Vladimir Petkovic’ boys.

The Swiss players know that they are very close to reaching the 1/8-finals of the competition. They can even win the group, if they beat Costa Rica and depending on the result between Serbia and Brazil in the other game.

Costa Rica are the underdog in the group after the first two rounds of the group stages. Los Ticos suffered two consecutive defeats against Serbia and Brazil. The loss against Selecao was particularly dissapointing, because Brazil scored their first goal in the match in the injury time of the game. It was Philippe Coutinho who scored for 1-0 in the 91th, before Neymar scoring for the final result – 2-0 for Brazil.

In this match Costa Rica proved that they are hard to beat, so don’t be too quick to write them off against Switzerland. It’s true that they are already eliminated from the tournament, but it doesn’t mean that they wouldn’t want to finish the World Cup on a high note. This is their chance to do so and win at least a point at this year’s World Cup. We can remind you that four years ago Costa Rica reached the 1/4-finals in Brazil, losing against the Netherlands after penalty kicks.

Switzerland’s manager Vladimir Petkovic can use a full squad for the next game. Granit Xhaka, Xherdan Shaqiri and Stephan Lichtsteiner avoided bans for their “double-headed eagle” gestures during the match against Serbia. Because of these political gestures, they could have been punished by FIFA.

Costa Rica’s manager Oscar Ramirez can use his full squad for the third and final game for Los Ticos in Russia.

These two teams will meet for a third time in history so far. Until now they have recorded one win each – Switzerland beat Costa Rica with 2-0 in 2006, while Los Ticos got revenge in 2010, winning with 1-0.

This is our examination of the World Cup game between Switzerland and Costa Rica in Nizhny Novgorod. We believe that the Swiss team is a favourite here and they will be the team with a higher motivation to win. They are playing for the first place in the group, so we expect to see them one hundred percent ready for fight. But of course, it doesn’t mean that Costa Rica will give up without a fight. Los Ticos are playing for their honour here and for their first points in Russia.