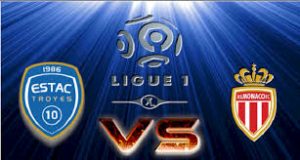 Troyes hosts Monaco in a match from the last 38th round of the French Ligue 1. Let’s have a look at this game.

For Troyes this is a game of a vital importance. A subject of life and death. Right now Troyes are 19th and in the relegation zone of Ligue 1. But in same time they are just one point behind the 18th Toulouse and the playoff spot, so they still have hope to survive. But only if they beat Monaco, of course.

Right now Troyes have 33 points and a record of 9 wins, 6 draws and 22 losses. In their last five games they won once, made one draw and suffered three defeats. They are huge underdogs against Monaco, of course, but never underrestimate a team which fights for its survival.

Monaco are 2nd in Ligue 1 with 77 points, being two points ahead of Olympique Lyonnais. In other words, for Monaco this is also an important game, because they’d want to keep the 2nd place in the final standings.

Just a round before the end of the season, Monaco have a record of 23 wins, 8 draws and 6 defeats. In their last five games they won twice, lost twice and made one draw. Clearly their consistency is not at top levesl lately, but at least they are in a run of two consecutive wins. Can they make it three in a row?

This is an interesting game, because both teams have what to play for. For Troyes it’s a matter of survival. For Monaco it’s all about keeping the 2nd place ahead of Olympique Lyonnais.

Some might say that Troyes’ motivation here is going to be bigger. Maybe it’s true. But we expect to see Monaco fighting for the win with full strenght as well.