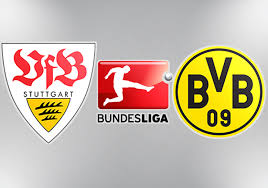 Stuttgart hosts Borussia Dortmund in a match from the 8th round of the German Bundesliga. Let’s see what we can tell you about this clash.

Stuttgart are having the worst possible start of the new season, being 18th at the bottom of the table with just 5 points won so far. Their record in the league since the beginning of the campaign shows just 1 win, 2 draws and 4 losses. They have scored just 6 goals and conceded 13.

In the previous round Stuttgart suffered a 1-3 loss during the visit to Hannover 96. The veteran striker Mario Gomez scored for the visiting team, but Hannover were just better and deserved to win. Which they did.

Borussia Dortmund on the other hand are leading the Bundesliga standings with 17 points won so far and a record of 5 wins and 2 draws. So far Dortmund are the only unbeaten team in the German league.

What we have to mention here is the sensational performance of the Spanish striker Paco Alcacer. He was loaned from Barcelona and he’s doing wonders so far. Despite of being a substitute in most of the games, right now Paco is the leading goalscorer in the Bundesliga with 6 goals scored so far. He scored a hattrick against Augsburg in the previous round, so we shall expect to see him in the starting line-up against Stuttgart.

With Bayern Munich having some serious problems at the moment, this could be a great chance for Dortmund to fight for the title once again. But in order to do this, the boys in black and yellow shall continue winning as much points as they can. Just like they are doing since the start of the season.

That’s our take on the Bundesliga clash between Stuttgart and Borussia Dortmund. Good luck!