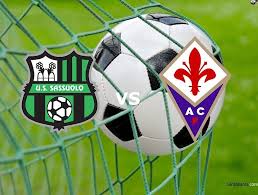 Sassuolo hosts Fiorentina in a game from the 34th round of the Italian Serie A. Let’s have a look what’s going on between these two teams.

Sassuolo are 13th in the Serie A standings with 34 points. They have a record of 8 wins, 10 draws and 15 defeats since the beginning of the campaign. In their last five matches Sassuolo are unbeaten, making four draws and winning against Hellas Verona in the previous round.

It was clear before the start of the season that Sassuolo’s goal is going to be the survival. So far they are in a good position, being on 6 points above the 18th Crotone. They have many reasons to feel safe, but more probably they will feel safer with at least one more win in the league.

Now Sassuolo will have a difficult task against Fiorentina.

The La Viola is in a good shape lately, despite the loss against Napoli in the previous round. Right now Fiorentina are 9th in the Serie A standings with 51 points, being on par with the 8th Sampdoria. And just one point behind the 7th Atalanta and 3 points behind the 6th Milan. All of this means that Fiorentina still have chances even for an European qualification.

Fiorentina’s record at the moment shows 14 wins, 9 draws and 10 defeats. In their last five games they have three wins, one draw and one loss. This loss came against Napoli at the Stadio San Paolo and it’s nothing that Fiorentina can be ashamed of. Before this they made a 0-0 draw at home against SPAL, which was far more surprising for the fans and the pundits.

This is our examination of the match between Sassuolo and Fiorentina. Whatever you have decided about this game, we wish you a good luck!