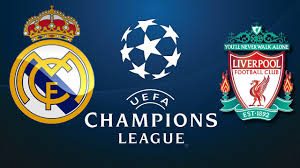 Real Madrid and Liverpool challenge for the Champions League title on Saturday night. Let’s see who are the key figures in these two teams for the final.

No surprise, Keylor Navas will be Real Madrid’s number one for the game. Just like any other time, we shall see Marcelo, Sergio Ramos, Raphael Varane and Dani Carvajal in defense for the current European champion.

Casemiro, Luca Modric and Toni Kroos are the three players who are almost always in Zinedine Zidane’s starting eleven. Most probably we are going to see Isco in the starting eleven as well. The big question is – who will play with Cristiano Ronaldo in attack? Here Zidane have some interesting options. He could choose between the experienced Karim Benzema and Gareth Bale, who didn’t have the best season. Other options for Zidane are Lucas Vasquez and Marco Asensio.

In the last round of La Liga against Villarreal Zidane chose Gareth Bale to play alongside Ronaldo. The Welshman even scored a goal. Let’s see what will Zidane decide for the final, but yes – there’s a big chance to see Gareth Bale on the pitch.

Loris Karius is the German goalkeeper who will start for Liverpool in Kiev. Virgil van Dijk and Dejan Lovren usually start in central defense, while Andrew Robertson and Trent Alexander-Arnold shall start on the flanks.

Jurgen Klopp plays 4-3-3 and most likely we are going to see James Milner, Jordan Henderson and Georginio Wijnaldum in midfield. Emre Can was also included in the squad, but he was recovering from injury for a long time now.

It’s clear what Liverpool are going to offer in attack. Mohamed Salah, Sadio Mane and Roberto Firmino are the three forwards who proved to be deadly in front of the goal.

This is our look at the two squad of Real Madrid and Liverpool before the Champions League final in Kiev.