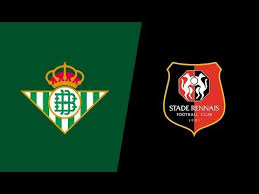 Real Betis welcomes Rennes at the Estadio Benito Villamarin in a second leg from the Europa League 1/16-finals. Stay with us, because we are about to take a look at this fixture in the Andalusian capital.

The first leg between these two teams was one hell of a game. The match at the Roazhon Park ended with a dramatic 3-3 draw. Just after 9 minutes of play, Rennes already had a solid 2-0 lead. Adrien Hunou opened the score for the home side, while Javi Garcia scored himself an own goal just 7 minutes later.

In the 32th minute Giovani Lo Celso scored one for Betis, but Hatem Ben Arfa made it 3-1 for Rennes. Until the end of the game Real Betis managed to equalise, thanks to goals from Sidnei and Diego Lainez.

This first leg between these two sides was a pure spectacle. Should we expect something like this in the second leg as well?

Meanwhile Rennes are having an average season in the French Ligue 1. Right now they are 11th in the standings with 36 points, but being just 4 points behind the 4th Olympique Marseille. If they make a strong push in the end of the season, they could qualify for Europe once again. In their last five games in the Ligue 1 Rennes won twice, lost twice and made one draw.

We shall expect a very good clash between Real Betis and Rennes in Europa League. Good luck!