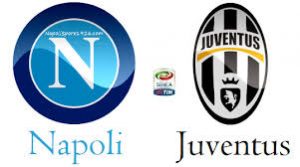 The leader in the Italian Serie A Napoli hosts Juventus in the big derby of the 15th round of the league.

Surprising or not, Napoli are leading the standings in the Serie A. Maurizio Sarri’s team has 38 points won so far and an advantage of two points ahead of Inter. The champion Juventus is currently 3rd in the league with 34 points. This is a good chance for the Old Lady to reduce its trail to the leader.

Napoli are still unbeaten in the Serie A. They are the only team in Italy, alongside Inter, who is still without a loss since the start of the new season. Napoli’s record at the moment is 12 wins and just 2 draws – they are nearly perfect during this campaign. Can they win the league for a first time since many, many years? Well, so far they are doing the best they can to make it possible.

Meanwhile Juventus are third with 4 points behind their next opponent. Juve’s record so far is 11 wins, 1 draw and 2 losses. Max Allegri’s team is not used to being in this situation. In the last few years Juventus was winning the title in a pretty comfortable way, leading the table all of the time. Now it’s a different thing for them. Can they adapt and move back to the top of the Serie A? Well, this game will give us a lot of answers about that.

Let’s have a look at the team news before the match.

Napoli will be without two key players, who are injured. These are the striker Arkadiusz Milik and the left back Faouzi Ghoulam. The manager Maurizio Sarri will have to deal with their absence on Friday night.

Juventus could be without the veteran right defender Stephan Lichtsteiner, who is having trouble with his thigh.