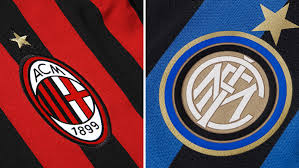 Milan welcomes Inter at the Stadio San Siro in the big football derby of the city of Milan. Let’s have a look at this clash between these two giants.

Milan are once again not having the best season they could dream for. The Rossoneri are 7th in the Serie A with 44 points, although they are on par with the 6th Sampdoria. Gennaro Gattuso’s team is in a good position to chase the 6th place and another participation in Europa League. But first they must continue winning points on a regular basis, just like they are doing lately.

Milan are a team in a good shape right now. In their last five games Gattuso’s boys won four times and lost points only during the draw with Udinese. Rino Gattuso started unconvincing his time as a manager of Milan, but with time he managed to stabilize the team. Now Milan are once again close to qualifying for the European competitions.

Inter on the other hand continue the fight for a Champions League qualification. The Nerrazurri are currently 4th in the Serie A standings with 51 points – just one point above the 5th Roma. Inter have a record of 14 wins, 9 draws and 3 defeats since the beginning of the season.

This is a strange season for Inter. They started very well and they even topped the league for a short amount of time. But soon after that Inter’s performances worsened, which made them lose chances for attacking the title. Now all they can do is guarantee themselves a Top 4 finish and a return to the Champions League.

Even with losing their chances to win the title, Inter can be satisfied with this season. Especially if they manage to return to the Champions League. Just like Milan, Inter a shadow of themselves in the last few years. This would be a big achievement for them.