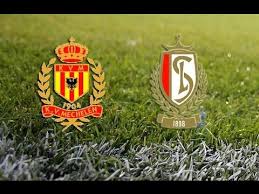 Mechelen hosts Standard Liege in a match from the first round of the Belgian First Division A.

Standard Liege are one of the historical clubs in Belgium, but last season was not good for them. They finished the regular season out of the play-off zone, which meant that they will be unable to fight for a place in the Europa League. You can be sure that this season Standard will try to improve their performance and finish among the first six teams in the league during the regular season.

Mechelen also finished out of the play-off zone last season. Just as Standard, they could only improve in the next year and chase a better place in the standings after the end of the regular season.

Both clubs made some corrections during the summer transfer window, so let’s see how these changes in their squads will affect their performance.

Standard Liege are one of the most successful clubs in the history of Belgian football. They have won the league 10 times, which is a remarkable achievement. For the last time they became champion of Belgium in 2009. In 2016 they won the Belgian Cup for a 7th time in their history. This club deserves to be among the leaders in the league, so most surely they will try to improve their position from the last season.

These two teams had a similar performance last season, so they seem to be very equal on paper. But it’d be important what exactly they did during the summer preparations. Who did the better work? Who prepared better? We will have the chance to see it when they meet on Sunday afternoon.

After the first few games from the new season in the First Division A, the current leader is Zulte-Waregem. They beat AS Eupen with 5-0 in their first match for the new campaign.