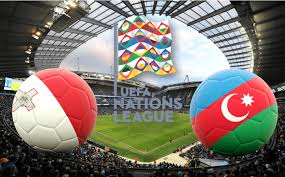 Malta hosts Azerbaijan in a match from Group 3 of League D of the UEFA Nations League. Let’s take a look at this clash at the Ta’Qali National Stadium in Ta’Qali.

Malta didn’t start very well their campaign at the Nations League. They suffered a 1-3 defeat during the visit to the Faroe Islands in Torshavn. Michael Misfud scored one goal for Malta, but it was not enough for something more in the match. Edmundsson, Joensen and Hansson scored the winning goals for the home team.

Before this, Malta lost four of their last five friendly matches. The team avoided losing against Armenia, but suffered defeats against Estonia, Luxembourg, Finland and Georgia. We can say that right now Malta are not in their best shape. They currently have some problems and it’s visible from their results.

Azerbaijan started their campaign at the Nations League with a 0-0 draw at home against Kosovo. It was a dissapointing result, because Azerbaijan were labeled as favourites to win. They had the home ground advantage, but Kosovo played bravely and avoided the defeat.

Before this Azerbaijan enjoyed two wins in their last three friendly games, winning against Kyrgyzstan and Latvia. They only suffered a loss against Kazakhstan.

These two teams met twice in 2015, when they were in the same group for the European qualifications. Azerbaijan enjoyed a 2-0 win at home in Baku, while the game in Malta ended with a 2-2 draw. But the overall balance between these two teams is in Malta’s favour – three wins, compared to two wins for Azerbaijan.

Of course, history is not playing here. Now Malta are looking for their first points in Group 3 of the League D of the Nations Cup, while Azerbaijan will try to clinch their first win in the competition.