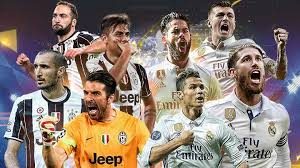 This game is worth waiting for. Juventus are hosting Real Madrid in a first leg from the Champions League 1/4-finals and the whole world is talking about this clash in the city of Turin.

Against each other we are going to see the two teams who reached the final last season. It was a spectacle by Real Madrid and Cristiano Ronaldo, who killed Juve’s dream of winning the Champions League for a first time since 1996. Now the Italian champions will try to redeem themselves, but it won’t be easy.

Real Madrid are in a strange situation at the moment. Losing their chances of winning La Liga and being kicked out from the Copa del Rey, right now the Los Blancos have only the Champions League to play for. They will try to win the competition for a third time in a row, which would be a spectacular achievement. Zinedine Zidane and his players know very well that it’s all or nothing for them. Expect to see them extra motivated against the Old Lady, just as they were against PSG.

For Juventus the motivation is huge, too. How we said, the Bianconeri are trying to win the Champions League for a first time since more than 20 years of waiting. Juve are one of the biggest clubs in the world and this wait is too much for them. In the last 21 years they lost four finals and this is really hurtful thing to witness.

This is the first 1/4-final leg between these two teams, so we shall expect to see a tactical battle between them, without too much of a risk. Most surely Real Madrid will try to score at least one goal in Turin, while Juventus will be happy to keep a clean sheet. Both teams have some amazing players, who can decide the game.