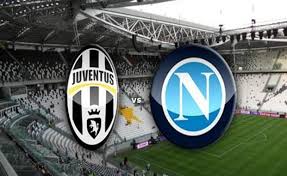 The champion Juventus hosts Napoli in the big derby of the 7th round of the Italian Serie A. This clash is going to be played at the Juventus Stadium in Turin on Saturday night.

Nobody will be surprised that Juventus started the new season in the most perfect way possible. The Old Lady is leading the league standings with a perfect record of 6 wins from 6 games played. So far Juve have scored 13 goals and have conceded 4. They are flawless so far and they have an advantage of 3 points ahead of Napoli.

In their previous game Juve enjoyed a 2-0 win at home against Bologna. Paulo Dybala opened the score for the Bianconeri, while Blaise Matuidi added one more goal soon after this. The Portuguese superstar Cristiano Ronaldo didn’t score in this game, so some people thought that he’s “keeping” his goals for the derby against Napoli.

Carlo Ancelotti’s Napoli is 2nd in the Serie A standings with 15 points. The Azzurri are almost flawless with 5 wins and just one loss, conceded against Sampdoria.

In the previous round Napoli celebrated a 3-0 win against Parma at home. Arkadiusz Milik scored a brace for Napoli, while Lorenzo Insigne added one more for Ancelotti’s team.

This clash between Juventus and Napoli is very important. This game will show us if Napoli are ready to challenge the Old Lady for the title. But if Juventus manages to win comfortably, then it will show that Max Allegri’s team remains untouchable on top.

For Napoli it’s going to be very difficult to stop Juventus’ forwards. Cristiano Ronaldo is starting to score on a regular basis for the team, while Mario Mandzukic and Paulo Dybala remain a huge threat. But in same time, Napoli also have what to offer in attack.