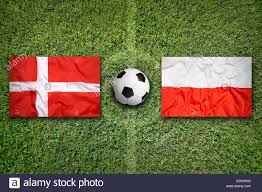 Denmark hosts Poland in a game from Group E of the World Cup qualifiers. The match is going to be played in the Danish capital Copenhagen.

Right now it seems that Poland are untouchable at the top of the group. They are leaders in Group E with 16 points won so far and they have a healthy advantage of six points in front of Montenegro and Denmark. They are almost flawless in their performance so far, winning five games out of six and only making one draw.

It would be a major surprise if Poland do not win the first place in this group, which means a direct qualification for the World Cup. They are clearly the strongest team in this group, so everyting is in their hands now.

As for Denmark, most likely they will fight with Montenegro for the second place in Group E. These two teams are currently even with 10 points each, but Montenegro taking the second spot because of a better goal difference.

In terms of current form, Poland are in a much better shape. They are in a run of five consecutive wins, with their goal difference being 15:7. In their last game they beat Romania with 3-1 at home.

Denmark on the other hand won their last game against Kazakhstan away from home. They are in a good run of three consecutive games without a loss and 7 points won out of 9.

The match is important for both teams. Poland would want to affirm themselves on the first place, while Denmark continue to fight with Montenegro for the second place. Poland are favourites, because they have the better team and the better results, but the home ground advantage could really help Denmark in this one. Let’s see what’s going to happen.