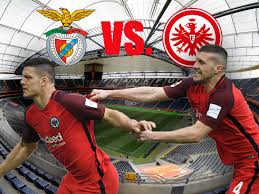 As always, it’s going to be hot at the Estadio Da Luz in Lisboa on Thursday night. Two very good teams will meet in a first leg from the 1/4-finals of Europa League. These are Benfica and Eintracht Frankfurt. Will one of these two sides take advantage? Or maybe everything is going to be decided in Germany? We shall wait and see.

Now the Portuguese team is doing a little bit better, being one of the best 8 teams in the competition. But Benfica’s journey to the 1/4-finals was not easy. In the previous round they had a very tough tie against the Croatian champions Dinamo Zagreb. After a 0-1 loss in Zagreb, Benfica won the second leg in Lisboa with the same result. It was Jonas’ goal which put the game into extra time mode. During the extra time, goals from Ferreira and Grimaldo allowed Benfica to progress. 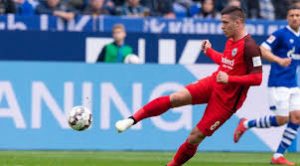 In the same time Eintracht Frankfurt are dreaming about the final after a very solid campaign so far. The Germans were very good in the group stage and now they are very solid in the knockout phase as well.

During the 1/8-finals Eintracht achieved a very prestigious win against Inter. After a 0-0 draw in Frankfurt, Luka Jovic scored the only goal at the San Siro for a 1-0 win for Eintracht. This win allowed the Germans to reach the 1/4-finals.

It’s very difficult to pick a favourite between these two teams right now. In the first leg Benfica have the advantage to play at home, but Eintracht are a very dangerous team.