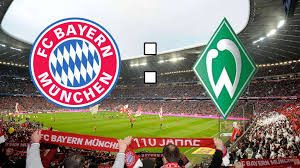 Bayern Munich hosts Werder Bremen in a match from the 19th round of the German Bundesliga. The game is going to be played at the Allianz Arena in Munich.

Bayern are unstoppable for just another season. The Bavarians are convincing leaders in the Bundesliga and they have 13 points advantage in front of the 2nd RB Leipzig. As it looks now, Bayern will once again win the title with an ease. Which is not surprising for anyone who follows German football closely. Bayern’s team is much better than anyone else in the country right now.

From 18 games played so far, the Bavarians have won 14. They have lost just two times so far and they are proving that they don’t have any real competition this season as well. They have won all of their last five games and they are once again reaching their best form.

In their last game Bayern enjoyed a comfortable win with 3-1 against Bayer Leverkusen away from home. There were some expectations that it could be a difficult one for the champions, but once again Jupp Heynckes’ team proved its worth.

Now Werder Bremen are coming to town. Werder are not in the best possible situtation. They are currently 16th in the Bundesliga, which is the relegation play-off spot in the German league. Werder are having just one point advantage in front of Hamburger and the relegation zone. They are in a serious trouble and this trouble could become much bigger, if they don’t find a solution pretty soon.

In their last five games Werder won twice, but in their last three games they have won just two points. It’s hard to think that they could take something from Bayern in Munich, but at least they can try. But do not make any mistake here – Bayern are the huge favourite in this clash.