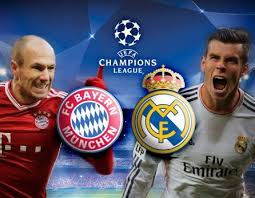 Bayern Munich against Real Madrid is one of the great classics of the Champions League. Through the years these two teams have offered us some great spectacles, which will always be among the great battles in the history of the competition. And now they are about to meet again.

Bayern Munich welcomes Real Madrid in a first 1/4-final of the Champions League at the Allianz Arena in the Bavarian capital. Real Madrid’s former manager Carlo Ancelotti will lead the Germans against his former club, which he led to the trophy in 2014. Against him on the touchline we will see one of his pupils – Zinedine Zidane, who was his assistant during his time at the Santiago Bernabeu.

It’s clear that Ancelotti is a much more experienced manager compared to Zidane, but the Frenchman is now enjoying the reputation of a Champions League winner as he led the Los Blancos to the trophy in May. He’s confident enough in his abilities right now to enter a tactical duel with Ancelotti, but most surely he’s having a great respect towards Carletto.

It’s sure that Bayern will seek revenge for their terrible defeat in 2014. During Josep Guardiola’s first year at the Allianz Arena, Bayern met Real Madrid at the 1/2-finals of the Champions League. And it was really bad for them as Real Madrid won the both legs with a total score of 5-0. Is now the time for a payback?

Alongside Barcelona and Juventus, we could say that these two teams are the biggest favourites to win the trophy this year. For one of them it’s going to be a huge step towards the final of the competition, so who’s about to make it? One thing is for sure – the whole world will be watching, because this always happen when Bayern Munich and Real Madrid are playing against each other.