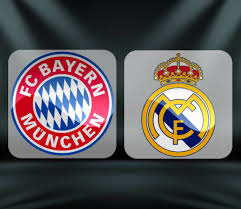 How these two teams will line-up and which players will decide the game?

Bayern Munich are still without their №1 Manuel Neuer, so Sven Ulreich is about to be on goal. Mats Hummels and Jerome Boateng will be in central defence, while we shall expect to see Rafinha and Joshua Kimmich on the left and right.

In the midfield Jupp Heynckes have some options. He likes Javi Martinez very much, so we shall expect to see the Spaniard in the position of a defensive midfielder. This position will be very important against Real Madrid’s offensive players.

Thomas Muller and Real Madrid’s ex-player James Rodriguez could start as central midfielder, although Thiago Alcantara is another strong option for Heynckes. Another option which Heynckes could use is the Frenchman Corentin Tolisso.

Who are we going to see on Bayern’s flanks? Maybe it will be the two veterans Franck Ribery and Arjen Robben. In attack there’s no question who will play – this is going to be Robert Lewandowski.

Real Madrid’s Zinedine Zidane will line-up Keylor Navas on the goal, while the captain Sergio Ramos and Raphael Varane will once again play in defense. Marcelo and Dani Carvajal will take their position on the two flanks.

In midfield we shall see the usual trio – Casemiro, Luca Modric and Toni Kroos. These three players know each other so well that they can pass the ball to each other without looking.

In attack Zidane will have to decide which players to use alongside Cristiano Ronaldo. He has five options to choose from – Gareth Bale, Karim Benzema, Isco, Marco Asensio and Lucas Vasquez. Who is Zidane going to pick? We shall see.

This is what we can say about the lineups in the match between Bayern Munich and Real Madrid. It shall be a spectacular game.