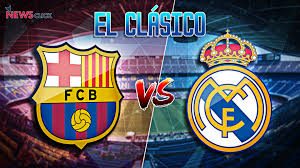 It’s time once again for the great El Classico between Barcelona and Real Madrid. These two Spanish powerhouses are meeting at the Camp Nou on Sunday afternoon in a clash from the 10th round of La Liga.

Barcelona need a win to return on the top of the league. After Atletico Madrid’s win over Real Sociedad, Barca are currently 2nd on one point behind Atletico. They have a record of 5 wins, 3 draws and 1 loss since the beginning of the season.

During the week Barcelona had a game in the Champions League, beating Inter at the Camp Nou with goals from Rafinha and Jordi Alba.

The big problem for Barca in this game is the absence of Lionel Messi. The Argentine supestar is recovering from a hand injury, which won’t allow him to face Madrid. It’s a big loss for Barca. It remains to be seen who is going to replace him in the starting line-up. Most probably Ernesto Valverde will choose between Rafinha and Ousmane Dembele. 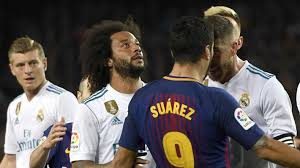 Real Madrid are having a rocky start since the appointment of Julen Lopetegui and the selling of Cristiano Ronaldo. Los Blancos are currently 8th in the standings with 14 points, so they really need to win this game in order to return close to the top.

There are some strong rumours that Lopetegui could be sacked if Real Madrid lose this one. Some medias are speculating that he’s going to be replaced by Chelsea’s former manager Antonio Conte.

The El Classico between Barcelona and Real Madrid is going to be as exciting as always. Despite of the absence of Lionel Messi and Cristiano Ronaldo, these two teams have enough stars to offer us a pure spectacle. Let’s hope that they are going to do it. This is the biggest game in football.