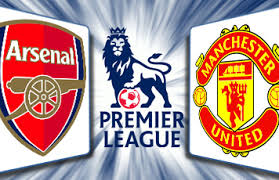 Arsenal hosts Manchester United in the big derby of the week in the English Premier League. This game is going to be played at the Emirates Stadium in London.

There was a time when these two teams were dominating the Premier League. But now things are looking very different. Their main goal right now is qualifying for the Champions League, as they are currently out of the Top 4.

And if Manchester United have the chance to qualify for the Champions League by win-ning the Europa League, for Arsenal it’s all or nothing until the end of the season. But right now it doesn’t seem that The Gunners are in a good position to qualify for the CL, because they made too many wrong steps during the campaign.

There are some problems for Wenger before the derby against Manchester United. The Spanish midfielder Santi Cazorla is out until the next season, while Shkodran Mustafi and Mathieu Debuchy are doubtful for the match. The good news are the recovery of Granit Xhaka, Lucas Perez and Yaya Sanogo, who are fit and ready to play.

As for Manchester United, the manager Jose Mourinho can’t use the suspended Ma-rouane Fellaini. A lot of his players are also injured. Zlatan Ibrahimovic, Marcos Rojo, Luke Shaw and Ashley Young are out for the season. Marcus Rashford, who scored the winning goal against Celta in Europa League, is doubtful for the game because of a recent injury.

This is a great historical derby between two teams who are not in their greatest condition at the moment. But make no mistake – you should still expect some great football from Ar-senal and Manchester United.